Calvin’s Way of Preaching in a Digital Age

Today as churches around the world continue to celebrate the 500th anniversary of the Reformation the question uppermost in my mind is: Does the preaching model provided by our reforming forefathers have anything relevant to say to a generation dominated by the ubiquitous convenience of a digital playground? It could well be argued that this generation’s identity is defined by access to smart phones, tablets, Hulu, Netflix, Instagram, and Facebook.

Several years ago as part of a major writing project, I explored the preaching of the Reformers and how it impacted a Europe seeking to come to terms with major unrest and radical change in politics, religion, and economics amidst social and intellectual upheaval.

Martin Luther (1483-1546) had embarked upon and championed a recovery of expository preaching. Huldrych Zwingli (1484-1531), aroused and inspired by Chrysostom’s example, began to preach exegetically through the Gospel of Matthew. Johannes Oecolampadius (1482-1531) followed Chrysostom’s homiletical approach of a grammatical-historical exegesis, abandoning the popular allegorical interpretation of the Middle Ages. Heinrich Bullinger (1504-1575) brought a robust potency to the preaching task and preached almost through the entire Bible between 1549 and 1565. In Protestant Europe the preaching of “the Word” dethroned the liturgical straitjacket of the Mass as the ministry of biblical preaching became the primary task of the Reformed Church. Yet in the midst of my research, it was Calvin who captured my imagination and helped me articulate an approach that shapes and molds my preaching in a 21st century context.

Over the centuries, the name and theology of John Calvin (1509-1564) have aroused intense feelings and lively reactions, “No tyrant of our own times was more terribly the master of men’s lives than was this cold, thin-faced little man.”[1]

Timothy George, on a similar note, writes, “The common caricature of Calvin is that of the ‘grand inquisitor of Protestantism,’ the cruel tyrant of Geneva, a morose, bitter, and utterly inhuman figure.”[2] For others, however, Calvin is known primarily as a biblical commentator and theologian, “He was, like Luther, a creative genius, but his genius was not to be found in imaginative flashes of insight, but in his systematic working out of the basic theology of the Reformation.”[3]

Yet Willem van’t Spijker, in looking at the merits of studying Calvin, suggests that “it is in the sermons that Calvin must have been most himself: in this direct, eye-to-eye contact with a congregation… here he is pastoral, moved with a subdued passion.”[4] R. S. Wallace also suggests that for Calvin “the task of regularly preaching the word brought him at last into the heart of the reformation movement… for it was more through his preaching than any other aspect of his work that he exercised the extraordinary influence everyone has acknowledged him to have had.”[5]

In assessing Calvin’s preaching style, Hughes Oliphant Old writes, “Calvin was primarily an expository preacher,”[6] which Haddon Robinson helpfully defines as “the communication of a biblical concept, derived from and transmitted through a historical, grammatical, and literary study of a passage in its context, which the Holy Spirit first applies to the personality and experience of the preacher, then through him to his hearers.”[7]

For Calvin, the task of the preacher was to expound the Bible in the midst of a worshiping community, while preaching with the expectancy that God will cause such preaching to become a Word that proceeds from God Himself, with all the power and efficacy of the Creator and Redeemer. Steven Lawson summarizes Calvin’s understanding of divine presence in preaching: “Not surprisingly, this belief in God’s powerful presence in preaching had a profound influence on Calvin’s view of the pulpit… A life-transforming pulpit ministry, for Calvin, required the divine presence in power.”[8]

It must also be emphasized, however, that for Calvin the words of the expositor can only become the Word of God through a sovereign and free act of the Holy Spirit, through whose power alone preaching becomes effective. There is no doubt in Calvin’s mind that the work of the Spirit interacts with and operates through the Word of God.

Calvin’s main purpose in preaching was to render transparent the text of Scripture itself. This he did in a lively, didactic, practical manner, recognizing thatthe explication and application of Scripture was paramount. He brought to his preaching the practice of the ancient church in the form of Antiochean exegesis and interpretation, while using all the skills of a humanist scholar in terms of returning to the biblical sources as the content of his preaching.

Today we have a great deal to learn from Calvin, especially his stress on the importance of clear exegesis and application of the Scriptures in a 21st century context. Yet Calvin’s approach to preaching cannot be merely copied or repeated. We live in a different cultural context, a context in which a digital world promises so much yet provides so little. We live amidst a people who suspect there is more to life than a digital existence, yet do not know where to find the resources that will allow them to thrive in a world where mass shootings, domestic violence, human trafficking, drug and alcohol addiction, and fractured family relationships are tragically all too common. Such behavior reminds us that we consistently underestimate the power, magnitude, and significance of sin, while also underestimating the power, magnitude, and significance of the grace of God in Christ.

Clear exegesis and application of Scripture in a warm, accessible manner continue to speak life and transformation into our world in a unique manner. Calvin’s preaching model certainly has a great deal to teach those of us who exist in a digital age and know that there is more to life than Facebook, Instagram and Youtube.

[3] Hughes Oliphant Old, The Reading and Preaching of The Scriptures in The Worship of The Christian Church: The Age of The Reformation (Grand Rapids: Eerdmans, ??), 91. 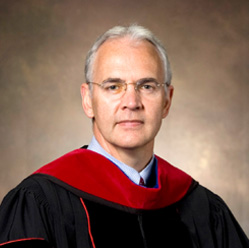 The Political Dilemmas of Arab Christianity

The Middle East’s Christian minorities have a painful political history. Not only have they suffered persecution and restrictions at the hands of Muslim majorities,...
Preaching

Preaching The Gospel With The Great Preacher: Ten Convictions After 40 Years Of Trying To Do It Well

For the Scripture says, “Whoever believes in Him will not be disappointed.” For there is no distinction between Jew and Greek; for the same...
Ministry

Does theology still matter? It may seem like an odd question to ask in a journal that has asserted for more than two decades...
Church and Culture

The Feast of Many Memories

If you keep an eye on the market for home improvement supplies, you are seeing some healthy indications. Even the sales of tools are...
Church and Culture

Calvin and Barth on the Unity of the Church

The unity of the church concerned John Calvin so much that he wrote to Thomas Cranmer on April 1552: “The members of the Church...